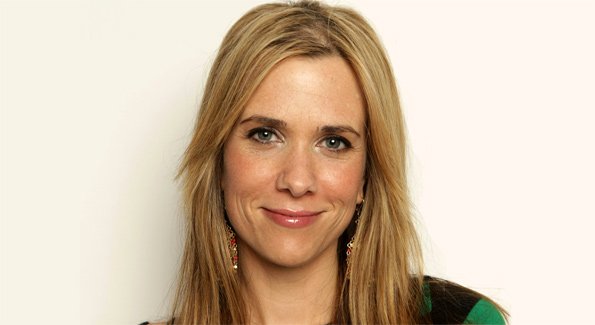 Anybody that follows my twitter on a Saturday Night (and why wouldn’t you? I use it so much this blog has fallen into disuse) knows that I am a die-hard SNL fan. I’ve been following the show live since 2002 (I was 16) and aside from a few isolated shows in the early, pre-Hulu years, I’ve never missed an episode. I’ve also seen the vast majority of the 90s shows and a smattering of shows from the 70s and 80s. Even so I don’t claim to know what’s funny and what’s not. There are tons of sketches I think are hilarious that most others probably don’t, and I’m sure it works vice versa.

That all being said, I’ve noticed a growing trend in the show that I find somewhat disappointing, giving its legacy of top-tier, groundbreaking humor: lazy, annoying, recurring characters. And the woman most responsible for these characters is presented to you stage left: Kristen Wiig. Now Wiig is not the first performer to fall into this trap. Both well known alums Chris Farley and Molly Shannon had characters with similar personalities that they ended up running into the ground. Current cast-member Fred Armisen is starting to fall into this category as well (as tends to happen after being on the show for 8 years). However not one single cast-member continues to bring out the same, annoying characters, week after week, for a decent chunk of show time.
Now before I’m accused of bias, I don’t hate Kristen Wiig. I actually liked her for her first 3 years on the show (she joined in 2005). I think she’s pretty funny in pretty much anything she does outside of SNL. But in the early days of her tenure, she meshed well with the rest of the women and cast. She had some great sketches like the awkward carpool with Alec Baldwin and the Two A-holes sketches with Jason Sudeikis. However, once the veteran women performers Maya Rudolph and Amy Poehler left the show, things began to change. Wiig had slowly began to build up a small arsenal of characters that, while funny the first time, wouldn’t work as recurring sketches because the characters fail to have any potential for further development. The ones that did have potential were simply reused in the same situation over and over again to the point where any shred of originality ceases to exist the third time they use the character.
Let me illustrate with some examples. Some of Wiig’s more popular characters include the Target Lady, Penelope, Sue (the “surprise!” woman), Gilly (“sorry!”), and lesser used but still tired Shana. All of these characters feature Wiig in a somewhat silly costume using a weird voice. Wiig is hardly the first SNL player to use this to generate her humor (Adam Sandler, anyone?), and all of these characters work well on a solitary basis. The characters also feature an easily recognizable quote, and Wiig is often the sole star (or acts like it) of the sketch, with anyone else rotating in and out of supporting roles to her maniacal whims. It’s fun the first time around.
Unfortunately, we get these characters several different times. And each time, the audience already knows what’s going to happen because the writers (or Wiig) do nothing to further the character beyond her one amusing quirk. The Target Lady will always wander off for a bargain. Penelope will always try and one-up the other characters. Sue will eventually do something crazy before she spills the surprise. and Gilly (sorry!) will always end up killing or seriously injuring the other students. There is no change of scenery, no different characters, no progress from sketch to sketch. It’s as if time stands still. In the Shana sketches, the same three guys are always attracted to her bubbly and sexual way of speaking, only to be immediately grossed out whenever she actually does anything. Over and over again. As a viewer I’m not supposed to know the outcome of the sketch, yet every time I see one of Wiig’s characters, I do.
This is not solely a Wiig problem. Lots of recurring characters suffer this same problem with the current show and writing staff. But Wiig is a repeat offender given her perceived popularity, general hammy-ness, and shear number of characters.
Wiig’s popularity spike has also caused her to be the go-to female for writers, despite the continued presence and rotation of other females in and out of the show. Since 2007, with the departure of Maya Rudolph, 4 different women (Casey Wilson, Michaela Watkins, Jenny Slate, and Abby Elliott) have rotated in and out of the show without making much on impact. It seems like these women were routinely passed over for roles that were give to the more mundane Wiig characters. Abby Elliott has been on the show for THREE years and I have no idea if she even has a single character. Sure, some of this is because Wiig is a strong female lead, but both Wilson and Watkins had star potential as well. Wiig performed well in a group with other strong women before, now she simply dominates over everyone else, including the men. There is simply no reason why this should be the case.
SNL has been due for a revolution for awhile. There are many funny, talented people on the show, but something just hasn’t been clicking for the last few years (save the spike of awesomeness during the 2008 election year). It is unfair to put the blame solely on Wiig, but as the most prominent cast-member with such blatantly bland, poorly-written characters… she definitely gets the lions share of it.
On the plus side, Nasim Pedrad is pretty funny.